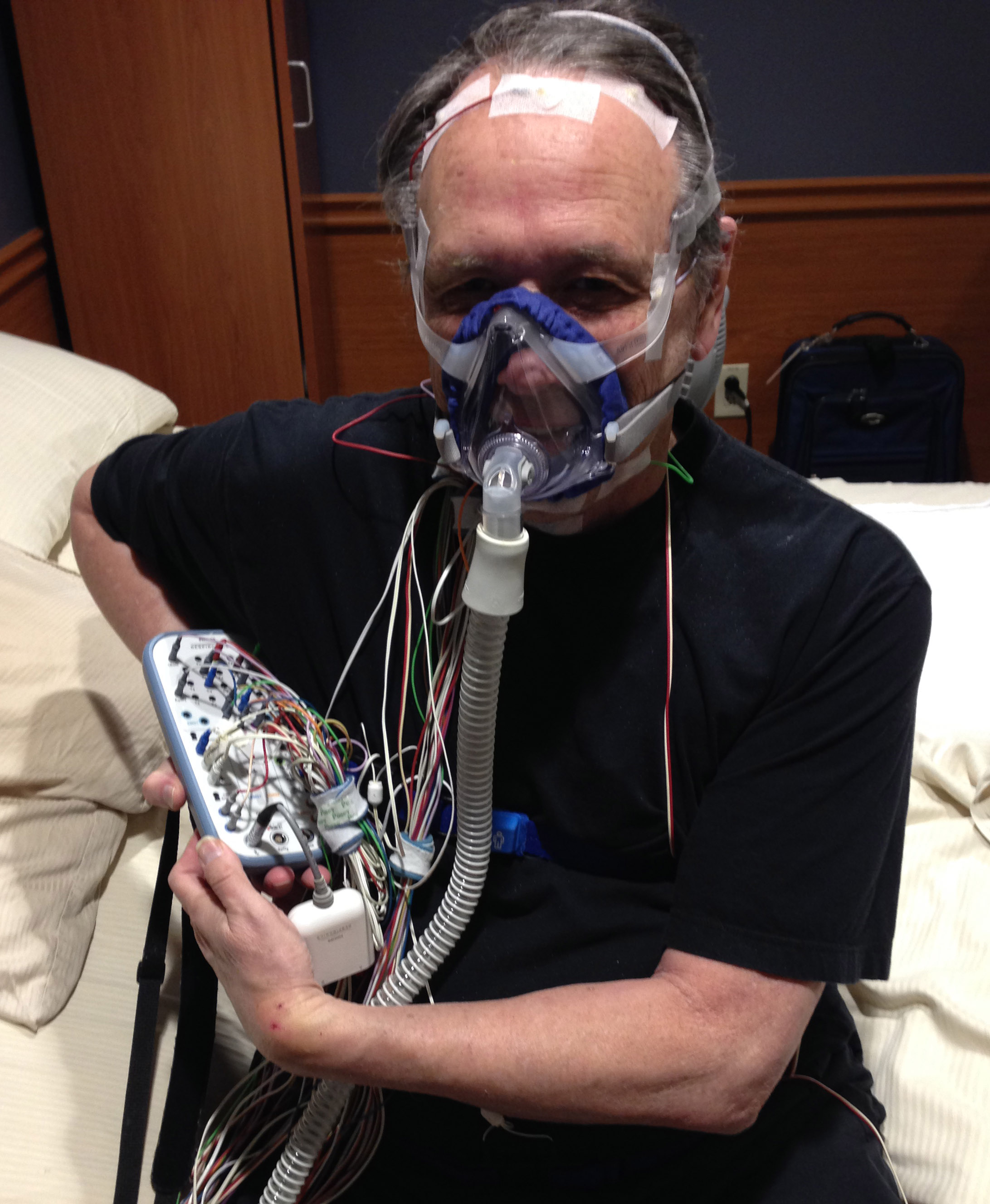 One Friday I spent the night in a sleep lab. No big deal, really, but it certainly was a different way to spend a night.

There is an expense in time, money and emotions to have a sleep study done and then be outfitted with a CPAP machine and mask. Patients are desperate to sleep better so that the overall quality of their lives might improve. Doctors, nurses, technicians, researchers and product manufacturers all are dedicated to help make this result possible.

Why then do so many people give up on their sleep therapy?

These are just a few of the things people have told me about trying CPAP therapy. Since patients are desperate for a solution and Sleep Professionals are dedicated to provide it, it is almost a crime that the system fails so very, very many people.

I was one of those patients. After not being able to use therapy for two weeks while the mask induced sores on my face healed, I visited my sleep tech. The solution she suggested was less than satisfactory. On returning home I asked my wife to make what we later called a Comfort Cover for me to try.

We used a cotton/polyester blend of fabric that is soft and absorbs oils and moisture on the skin. This eliminated the irritating problems caused by silicone pressing against my face for hours at a time. Our success went beyond our goal of stopping skin irritation.

The results were immediate. “Sleep Mapper” by Phillips Respironics shows that I consistently have 100% mask fit; my mask does not leak air. Even when I sleep on my side, any distortions to the mask fit seem to be corrected by the soft, absorbent fabric cover.

Back to my sleep study. The morning after, the technician told me that during the night, the air pressure to people’s masks is increased to see what works best for them. During that process, the technician is able to see that masks began to leak. She told me that my mask did not leak. I had worn one of my new CPAP Comfort Covers ®.

Some months later I was sitting in the waiting room, a little early for an appointment with my sleep tech. I saw ten people coming out of a classroom, each with a new CPAP machine in hand.

I knew what was in each of their minds. They were hoping desperately that what the sleep tech had told them about CPAP therapy would work for them. I could only shake my head, understanding that at least 5-6 of those people would end up with skin irritation and/or air leaks caused by their masks. I expect that at least two of the ten would get so frustrated that they would eventually quit therapy altogether.

Watching the ten people with their new CPAP machines, the thought that kept going through my mind was that it is almost a crime.